Ellen Ochoa at Work on the Shuttle 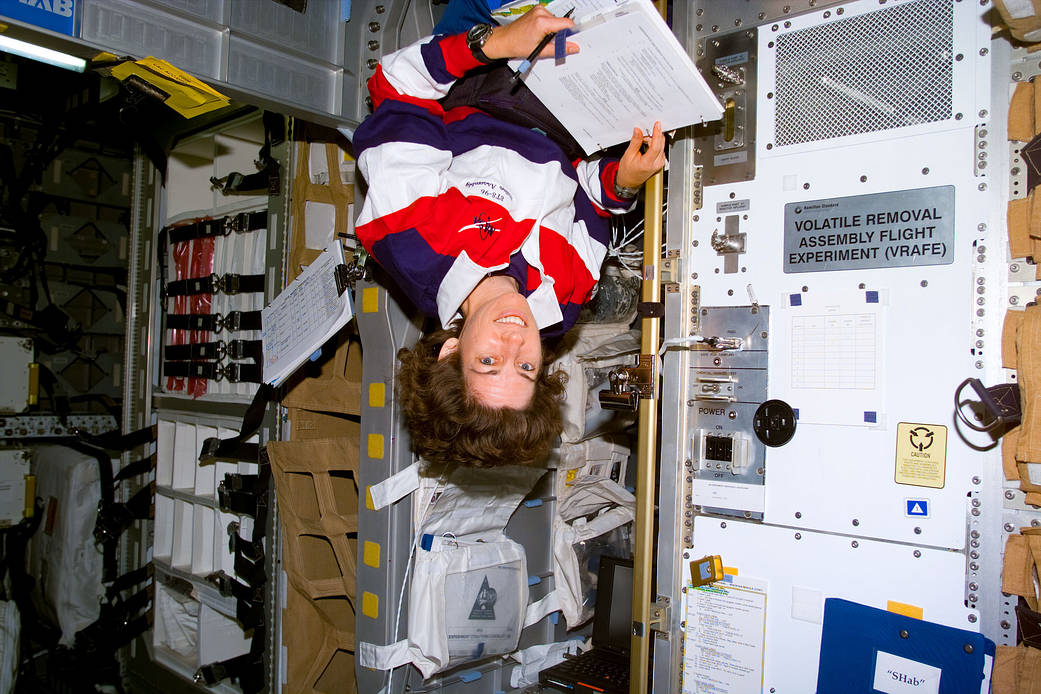 Floating upside down and reading a checklist may not be how most of us perform the day’s work, but it was for astronaut Ellen Ochoa on Space Shuttle Discovery’s STS-96 mission in May, 1999. Ochoa floats along side the Volatile Removal Assembly Flight Experiment (VRAFE) located in the Spacehab DM during the flight.

On May 29, Discovery made the first docking to the International Space Station. The Shuttle was eased into a textbook linkup with Unity’s Pressurized Mating Adapter #2 as the orbiter and the station flew over the Russian-Kazakh border.

Ochoa, who holds a doctorate in electrical engineering from Stanford University, was the 11th director of the Johnson Space Center from January 2013 to May 2018. She was the center’s first Hispanic director, and its second female director. She joined NASA in 1988 as a research engineer at Ames Research Center and moved to Johnson Space Center in 1990 when she was selected as an astronaut. She became the first Hispanic woman to go to space when she served on the nine-day STS-56 mission aboard space shuttle Discovery in 1993. She has flown in space four times, including STS-66, STS-96 and STS-110, logging nearly 1,000 hours in orbit.

During National Hispanic Heritage Month, we’re celebrating the achievements of Ochoa and other Hispanic astronauts and professionals at NASA.