Skip to content
Home » General » An Intersection of Land, Ice, Sea and Clouds

An Intersection of Land, Ice, Sea and Clouds 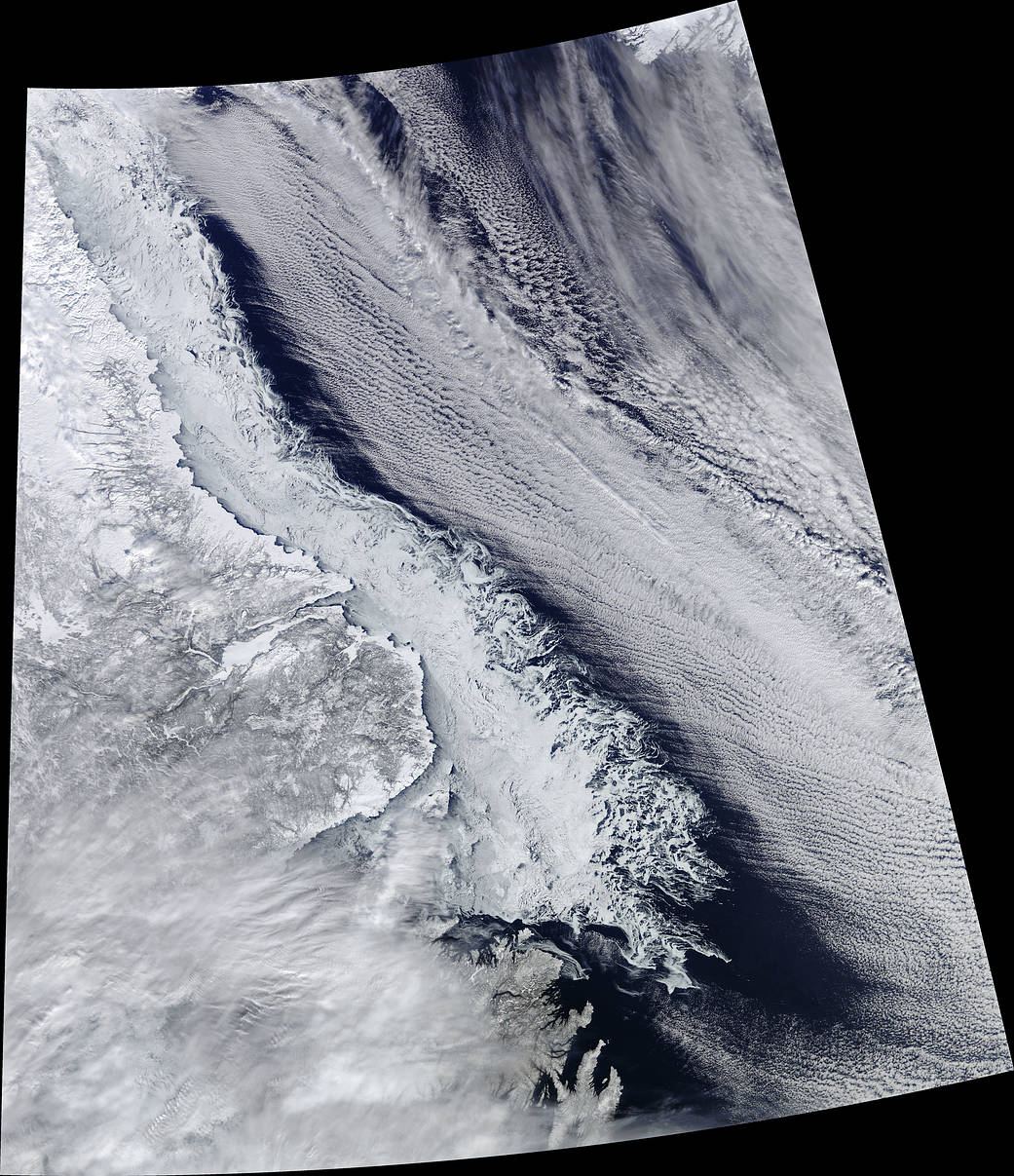 As sea ice at far northern latitudes approached its annual maximum extent, the Terra satellite captured this natural-color image of sea ice and clouds off of Canada’s Newfoundland and Labrador province. Though sea ice has been significantly below normal extent and thickness across much of the Arctic, the ice in the Labrador Sea has been relatively close to normal.

In this image, acquired on Feb. 18, 2018, the coastline, the sea ice edge, and offshore clouds all present a clear edge to distinguish one from the next. Ice hugs the coast, where it receives the full chilling effect of offshore winds, and the water is shallower and fresher than in the open sea. The swirl patterns on the eastern edges reveal areas where ice is new and has not yet consolidated into a solid sheet, so it is more susceptible to stirring by winds and by ocean eddies.

The cloud streets to the right indicate strong and cold winds were blowing from west to east from the interior of Labrador. The gap between the ice and the cloud streets occurs because the cold winds need some “fetch” (a distance of open water) to pick up moisture for cloud formation.

The Labrador Sea is a marginal sea that separates Arctic Canada and Greenland while connecting the North Atlantic Ocean to the Arctic Ocean by way of Baffin Bay and Davis Strait. The area is critical to the formation of cold, deep water masses that help drive circulation in a phenomenon known as “the great ocean conveyor belt.”

The western half of the Labrador Sea is typically covered with ice from December through late spring, though the extent varies considerably with local weather patterns from year to year. As of mid-February 2018, sea ice extent in this region appeared to be near or just above the long-term average, according to maps from the National Snow and Ice Data Center. However, conditions in the rest of the Arctic have been grim this winter. In fact, Arctic sea ice reached a record low for the month of January, and conditions have not improved much in February.